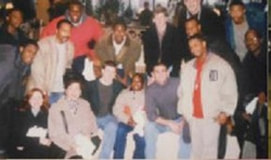 PRE-FOUNDATION: THE BRUNCHES
In March 1997, Greg Forbes Siegman witnessed a customer at a restaurant make it clear she was not comfortable sitting near two kids who were at the restaurant to have milkshakes.  Determined to bridge these kinds of divides and turn the moment into something positive, Greg returned to the restaurant with ten people of different ages & backgrounds and established The Brunch Bunch Mentoring Program. Each week, a group -- typically 5-10 students & an equal number of adult professionals from different backgrounds -- met for brunch & conversation at a restaurant, followed by an activity (i.e. sports or volunteering).

THE BRUNCHES - GOING & GROWING
The group brunches continued for 243 weeks in a row.  More than 700 students & adults attended at least one brunch -- many returning on a regular basis.  Over the years, the mentoring program received a great deal of support from the restaurant community as well as meaningful recognition on the local & national level.  For example, Good Morning America buried a Time Capsule which chronicled the first 100 weeks of the program. 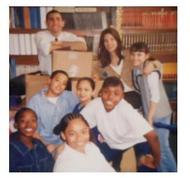 THE 11-10-02 FOUNDATION ESTABLISHED
In July 1998, after the first 70 or so weeks of brunch, Greg established the nonprofit organization, The 11-10-02 Foundation.   Named after his 30th birthday (November 10, 2002) & the idea that young people can make a difference, 11-10-02 began overseeing the mentoring program, with the plan to eventually expand into providing grants & scholarships to students & the schools they attend. At first, 11-10-02 had few resources. Old cereal boxes were used as filing cabinets, a lunchbox was a briefcase, & a rocking chair was a desk. Slowly but surely, 11-10-02 began to receive more donations. In turn, it was able to provide grants & scholarships to students, schools & organizations in its local community. 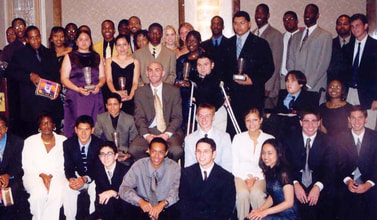 THE 11-10-02 FOUNDATION - GOING & GROWING
More than two decades since its start, The 11-10-02 Foundation continues to be a 100% volunteer-run organization.  11-10-02 &/or its volunteers have received some special recognition. During that time, while remaining very small, the foundation has expanded its efforts -- funding scholarships & grants around the country. The grants have been given to schools & organizations in all 50 states -- for items such as books, art & school supplies, scientific calculators, financial literacy materials, computers, musical instruments, and mentoring programs. The college scholarships have helped students with an interest in careers such as Architecture, Music, Agriculture, Science, Broadcasting, Social Work, Law, Medicine, First Responders, Environment, Culinary Arts, Accounting & Teaching.
To make a contribution to The 11-10-02 Foundation, click Donate